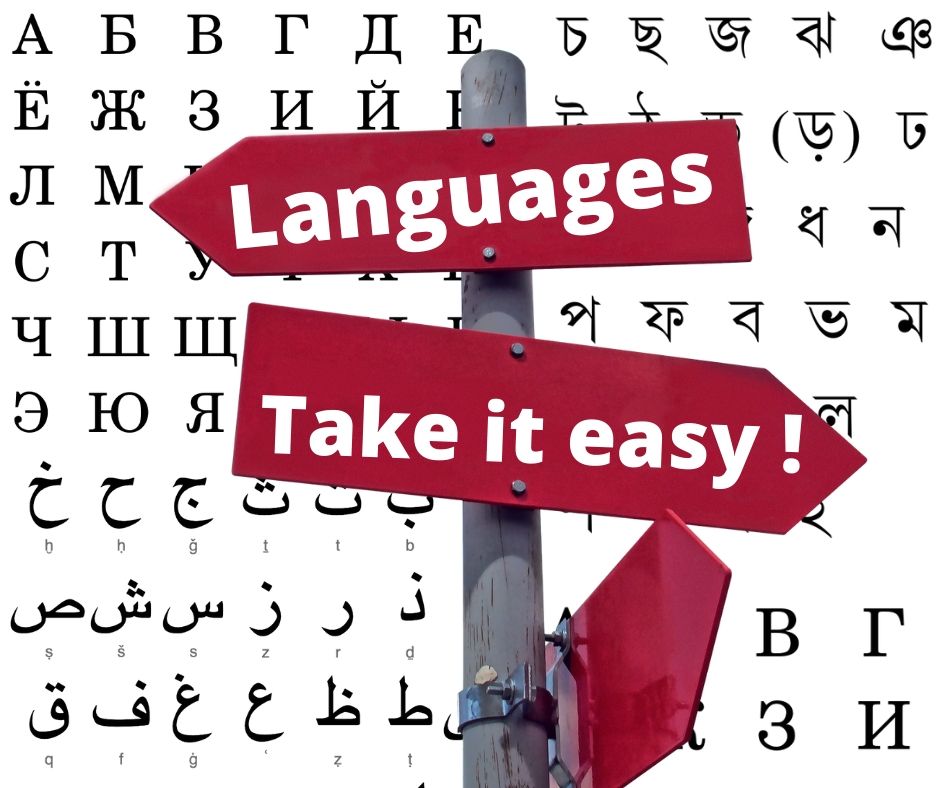 Languages have always been the subject of many preconceived ideas. Among the most common are languages that are “easy” to learn and others that are “difficult”.

But is it really realistic to classify languages into two categories so distinct? According to what criteria? For which types of learners? By mastering which mother tongue?

In fact, the real question is rather to know which parameters influence the learning of a language. And it so happens that there are many of them… Here is a little overview:

The ease of learning a language is always linked to its proximity to the learner’s mother tongue. For example, a French person will learn Italian, Spanish or Portuguese more easily, which are all languages that belong to the Latin language family, than German or Dutch, which are Germanic languages.

For example, the word “tree” in French is said “árbol” in Spanish, “albero” in Italian and “árvore” in Portuguese.

In German we say “Baum” and in Dutch “boom”.

Thus, there are many similarities between languages of the same family, which obviously facilitates learning. In our example, the easiest language for a Dutchman will be German and not Italian as would be the case for a Spanish learner.

Latin, Cyrillic, Arabic, Georgian, Bengali : there are many different alphabets and if the language you are learning is written with a completely unknown alphabet, then learning will require more work. That said, even if this step may seem a little difficult at first, you shouldn’t get discouraged because there are many ways to learn a new alphabet quickly.

The intonations and sounds of another language, also called the music of the language, require real gymnastics both from the mouth and the ear. Indeed, it is important to know that we are sometimes completely deaf to certain sounds of a language if they are too far from those of our mother tongue. This implies that we cannot hear or reproduce them, at least not at the beginning of the learning process.

But there is nothing catastrophic about it! You have to stay motivated, immerse yourself as much as possible in a language bath, listen to native speakers, practice speaking, travel around the country: in short, it is best to be in maximum contact with this new language to familiarize yourself with the new sounds that the ear will gradually learn to distinguish and the mouth will learn to pronounce.

Learning the grammar of another language also requires a certain amount of mental gymnastics. The closer the languages are, the more natural and rapid the learning will be because the learner will be able to rely on all the similarities with his or her mother tongue. On the other hand, if the languages are very different, it will be necessary to familiarize yourself with a syntactic mode that is completely different from what you know, without being able to find support in your own language. You have to learn a completely new way of thinking to construct a sentence, which adds complexity to the learning process.

Here are some examples to better understand:

“almamalısın” in Turkish means “you must not take”

For example in Chinese, depending on the tone used:

The younger you are, the easier it is to learn a foreign language. Moreover, it is possible to learn it without any accent if you are still a child. But don’t panic! Nothing is lost at 20, 50 or even 70 years of age! You can learn any language at any age, it’s just that learning will take more effort and time, but what a great success it will be to be able to speak a new language at an old age.

It cannot be repeated often enough, the progress made in learning a new language is highly dependent on the level of investment of the learner. It is mandatory to increase the number of immersions in the language: videos, correspondence, travel, expression on social networks, podcasts, readings, methods, applications…

In order to do so, don’t hesitate to come and meet our language group on Facebook: Coliglote langage learning

The method used to learn a new language may or may not give an impression of ease. Methods, courses, videos, applications, reading… there are many different methods and each learner will have to find the one that suits him best, because a learning method that works for one learner may not work for another.

8 The popularity of the language

English, French, Chinese, Russian, Spanish, Italian, Portuguese and Chinese are languages that could be described as “easy” to learn since:

In short, they enjoy relatively high visibility and some of them are of economic interest. This is not necessarily the case for a more “confidential” language such as Lingala (Democratic Republic of Congo).

In reality, there are not really any languages more difficult to learn than others. The difficulty is subjective and depends above all on the learner’s profile. His or her mother tongue, desire to learn, motivation and chosen learning method are all factors to be taken into account. The most important thing is to practice regularly the four skills that form the pillars of a language: listening and speaking, reading and writing.

Our new Coliglote application will allow you to develop these 4 skills in the most efficient way possible, by practicing with a native! In the first version of the application, 10 languages will already be available, others will follow very soon. Sign up right now, it’s free.

All the information here: